Last week I blogged about the dutchmasters color palettes package, which was inspired by the wonderful ochRe package. As mentioned I shamelessly copied the package. I replaced the list with character vectors containing hex colors and did a find and replace to make it dutchmasters instead of ochRe. This was pretty ugly. I realized that when we would refactor the ochRe functions, thus creating functions that create the functions, there would no longer be a need to copy-paste and find-and-replace. So that is what I did. I refactored and expanded ochRe’s chore into paletti. (Name chosen because I liked the ring of it). You grab it from Github, with devtools::install_github("edwinth/paletti").

paletti takes both single palettes (character vectors with hex codes) and lists with palettes, like the ochRe and dutchmasters lists. Lets start with a single palette, this might be useful when you want your coporate identity colors translated into R. Here I just pick some colors found on the interweb 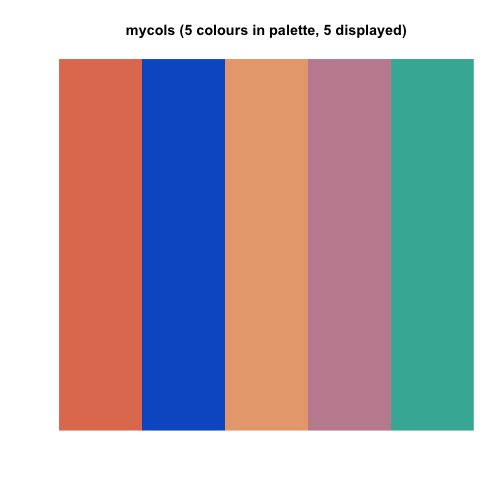 Now, ochRe provided us with two functions, one two create a ggplot scale for colours and to create one for fills. These functions can be created in the following fashion

Both now can be used in ggplot 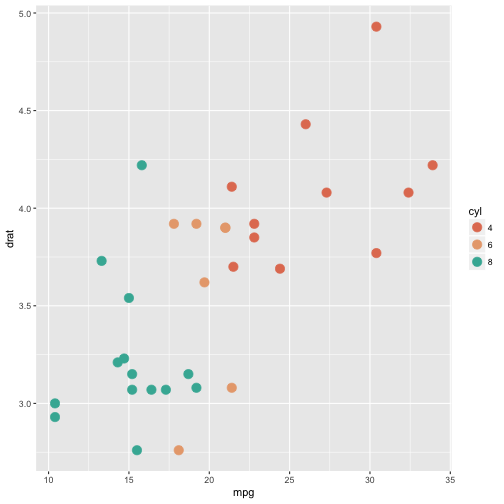 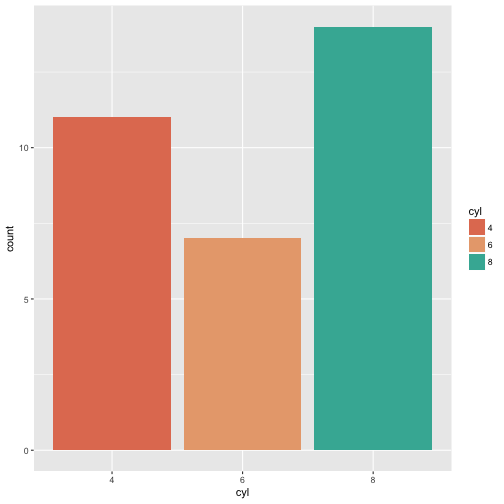 Now, I said I expanded the ochRe code a bit. The function get_hex will produce a function that will return a function in which you can directly return the hex code by typing its unquoted name. Handy if you want an exact color from your palette. Prerequisit is that your palette is a named character vector. 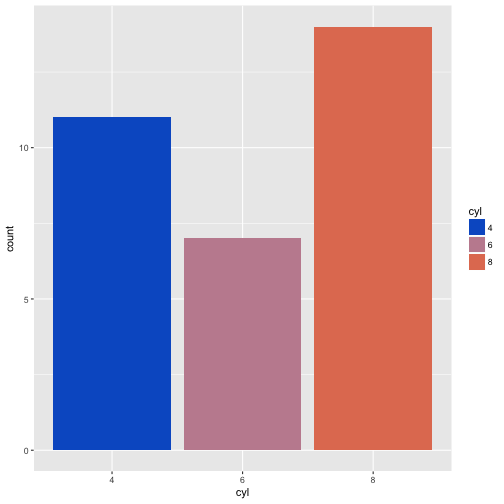 Both ochRe and dutchmasters offer multiple palettes in a list. The only difference from a single palette is that in the returned function you have to specify the name of the palette youw want to use. If you don’t, it defaults to the first palette in the list. 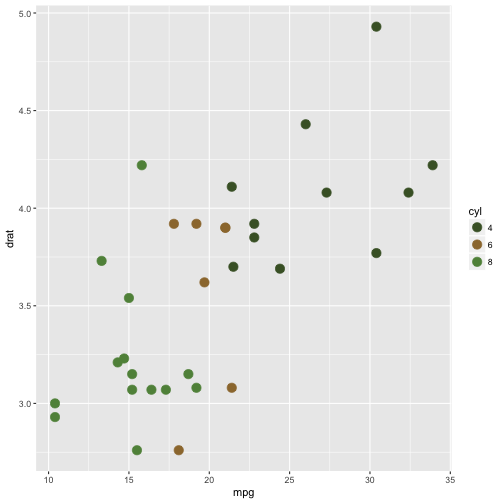 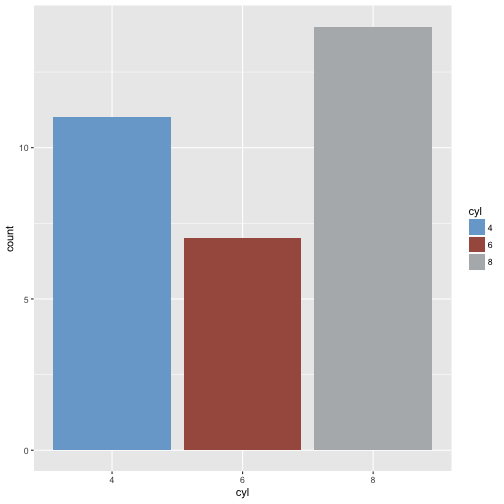 And the same holds for the get_hex function. You can feed a list with palettes as well. Note that the palettes that you are going to call must have named elements. 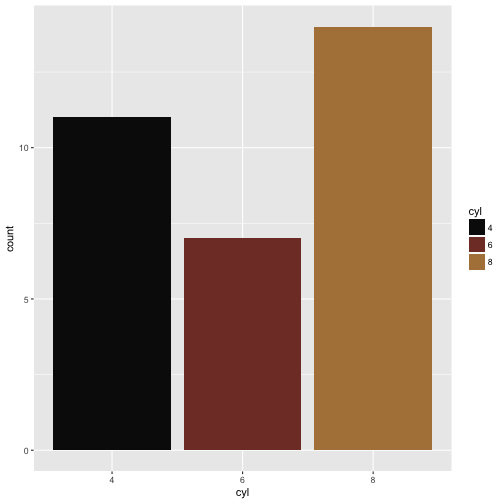 That’s it, off you go! Add your own color palette(s) and start plotting. Once again a major thanks to the ochRe team for the inspiration and the foundations on which paletti is built.